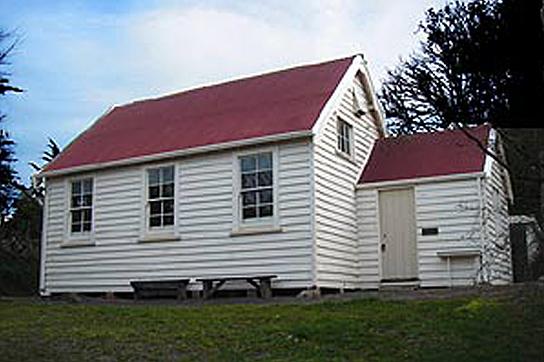 The 1868 school and school house have regional importance as two of only a few school buildings surviving from the Provincial Government period in Canterbury.

The two buildings have a rare association of both surviving together on the original site.

The buildings are associated with prominent Canterbury and Chatham Island pioneers: naturalist Thomas Potts gifted the land upon which the buildings stand; Rev. Henry Torlesse, who was the first chairman of the school committee; and Mable Chudleigh, wife of Edward Chudleigh, early European settler on the Chathams, and daughter of Thomas Potts.

She donated to the school the bell from the wreck of the "Ocean Mail", wrecked on the Chathams in March 1877 .